Stupid ... Allow me to start by using this word because while there might be tons of other words to describe a useless TV I think Stupid stands on the top of the list. I had just spent 3 months in Khartoum and i can already notice that while we do not care to admit this publicly we actually watch a lot of TV in sudan, like there wont be a time in any house where there's no one watching TV, it could be you, your parents, your siblings or just TV playing while your grandma is sleeping.

But wither its Blue Nile TV, Omdurman TV, Khartoum TV or Even the National TV and the list goes on, all these Channels has completely no educating content not even the basics 5 Categories of TV shows  properly, its either too much of this or too much of that, One thing for sure is there will be a lot of Singing, i think it safe to say that we don't have to worry about running out of singers in Sudan because thanks to our TV channels everyday we have a new face in TV. there was a time when you could find the best drama on National Television. now all the creative new talents found their way into Youtube and they have done a wonderful job creating amazing Movies, short film and programs.. if the officials would just give them a chance.

There must be a way that we can refresh the crew that runs the TV, no offence to anyone but most of the people who Create the TV programs nowadays are the same people whom have been doing it since ever, I know some of you will tell me now that we always see youth from this generation on the TV screen from time to time.. Well that's the things, what i said is that their ideas are outdated but i said nothing about them not being smart, it doesn't take a genies to know that in order to attract audience from a certain generation you have to use the same people to appear in the show, unfortunately only to appear but not to run the show. if we had people from the current generation running the shows and writing the programs they'd know what programs to put for children because they know what's nowadays kids are into most, they'd know how to do a proper public service announcements to make people aware of something, instead of the current PSA about cleaning the streets in BNtv, its full of old actors who are unsuccessfully trying to be humorous, And There is great difference between what's funny and what's pathetic.

Before i end my piece of mind i'd like to wrap up  by a Worthy-mention habit that most of our Tv channels in Sudan has been doing for as long as i could remember and i am sure that most of you who had the honour of watching our beloved channels are familiar with it , is the Musical break in every Program or show, It could be any show for all you know but they have to bring up this musical break, they could be talking about politic topic, medical topic or even religious topic.. our beautiful host will kindly stop the argument and say "Thanks to my guest but before we continue lets take a musical break from our new talent the upcoming artist Noory :P "

Its sad to see most sudanese find their share of enjoyment and fun on Whatsapp and Youtube. 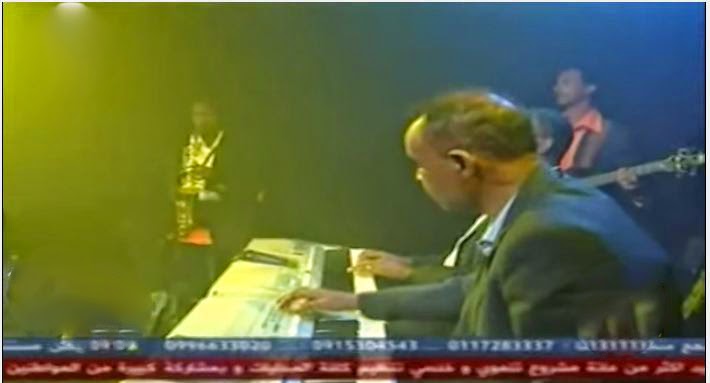 Posted by Noory Taha Mansor at 09:30 No comments:

Count Your Blessings, Not your Dollars.

Clearly, Ryan Tedder’s narrator interested in pursuits other than the monetary ones. Why get mired down in money? more money, more problems. But it doesn’t literally mean to lay down on your back, in the grass, on a starry night and count the stars dotting the night landscape. Stars = blessings. So count your blessings and remember that which is important in life.

It can be terrifying and thrilling to let go and just live life as a free spirit. You just have to be open and willing to look for those joys in life and embrace them, especially if you lack support from those around you as you navigate these exploits.

What some people may think is the right thing may be the wrong thing for another person. It’s a matter of perception. Sometimes letting go and trying something new, different and unaccepted by the majority or the mainstream is the key to happiness in life. Doing the perceived right thing didn’t make me happy. And as for the notion that “everything that kills me makes feel alive?” Sometimes it’s good to be bad and to not do what is expected and perhaps viewed as bad by someone else. This is a tricky a passage that is open to many and multiple interpretations and that’s just one of mines.
So what do you hear when you count your Stars?

Posted by Noory Taha Mansor at 20:07 No comments: 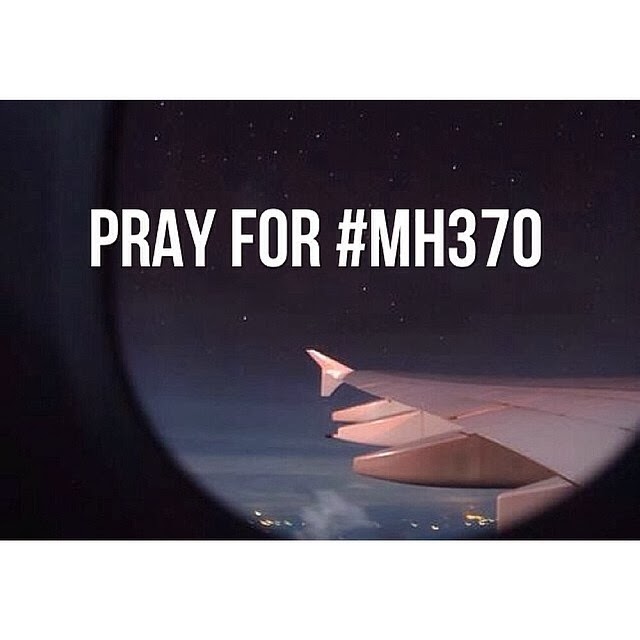 I just heard the news about the missing MH370 flight - malaysian Airlines, and i just cant seem to describe how sad i am, i have no confirmation if wither, the flight is missing or did it crash, but i dont think anyone should experience such an incident, being in that plane or having someone in that plane, it bugs me when i see some posts on my facebook mocking and making fun of the incident to.. what happened to us forgetting that there are people in that plane & cabin crew who are long away from home, they missed their family, god its terrifying just to think of the idea of losing someone there. sometimes i just wish there's another way to travel which is as effective as planes but less dangerous.
for those who have someone in MH370 may good news come your way. and for those who are as sad as i am with this incident, i will say pray as hard as you can for these people.
#PrayforMH720
Posted by Noory Taha Mansor at 07:04 No comments:

The sound track is very witchy because it was used by  Julie Plec in the The Originals Series to introduce the returns of  the almighty powerful witch Celeste in the 12th episode of the first season to announce a takeover the quarter in new Orleans by the witches after the Vampires and Werewolf have had their share of power.

Anyway the reason im posting this is because i loved this sound track from the show and i'd like to share it with you, things are looking good in the show, if you are not watching it yet i suggest you start watching now..

listen to the track from here.

Posted by Noory Taha Mansor at 10:15 No comments:

2 moments of clarity before you fall asleep

If You want to understand my words play the song below first.. if you dont then just consider it bad writing..  but please listen to the whole song.

They say if you want to do your Brain a favor then just take a day off from thinking about the future  or the past. But it's that time when you lay your head in your bed thinking that this is the time to rest after having such a long day. that time could be 5,10 or 20 minutes or even an hour, no matter how long or short that time is .. you can never escape these 2 moments.


The first moment is when you realize that you are still alive for pretty much a reason,  you can feel it, you can sense it but you just can't figure out what's that reason.. and maybe you think you know it but then again if you really do know it then why are you still awake thinking about it ? keep going .. I mean thinking.

The second moment is when you try to calculate the amount of things/ mistakes you said you'd be insane if you exceed it, and you realize that you went beyond insanity, by not being honest to the closest people to you.. the person you should trust, love, believe in and count on to save your soul when there's no hope for so, that would be you. so you can try as much as you like my friend but believe that when I said there is no escape.. I really meant it.

These are 2 moments of clarity before you fall asleep By I am No Hero.

Posted by Noory Taha Mansor at 15:03 No comments:

Scroll down play the song first then start reading..

Ian is a rock singer who committed a suicide for his love,  In the early hours of 18 May 1980, Curtis hanged himself in the kitchen of his house, his health was failing as a result of the epilepsy and, attempting to balance his musical ambitions with his marriage..
the last conversation they had togather was:

This song talks about it .. but not in words.. in music.
Listen to the massively, utterly, soul destroyingly depressing Lullabye For Ian by Hypomanie.

Posted by Noory Taha Mansor at 22:24 No comments:

So i love this song from Alif Satar New Album Definisi
the song called  Akhiri Penantianku .. i'm trying to learn it so my friend  Zahra Nurlieyana helped me by writing the lyrics for me to be able to read.
find the album from here: ♫ Definisi – Alif Satar http://spoti.fi/Iiek1M  #NowPlaying 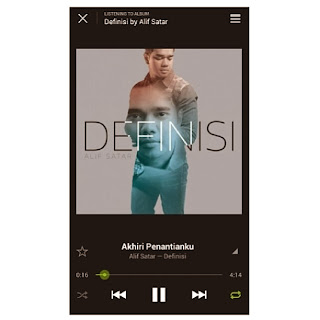 
By : Zahra Nurlieyana
Posted by Noory Taha Mansor at 08:31 No comments: